Hillsong "The church of Satan!"

For those of you who don't know, HILLSONG deals a lot with symbols. Here I have for you images of theirs that is over their websites, over T-shirts, albums, and on their screens during praise and worship!
http://www.facebook.com/groups/209212292434671/
Here we have a logo that is printed for T-shirts. Symbols are very powerful and can be extremely useful tools in the creation of your world. The Ancients understood the power of symbols and used them extensively in and out of their culture for protection, fertility, wealth, crop germination, death and birth rituals. Symbols instill beliefs and shape attitudes that underpin social structures. Symbols can also carry DEMONS!


Here you have the masonic Freemason check board. 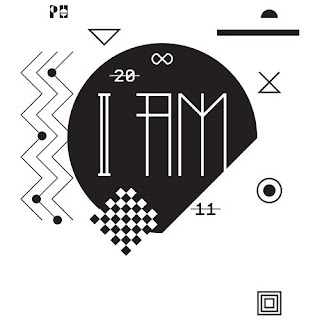 I AM - is what satan calls himself - dont believe me well here is some info for you (I AM is the name or mantra for the crown chakra/spiritual higher self, It is also used to change your state of consciousness, where you move yourself into higher levels, using, for example: " I am not my body. When Jesus said 'I am the Way', he was channelling I AM, his higher self.  The one true Path, the Way, is to seek to contact your higher self.  Gurus tend to make you believe the Way is through them (sometime in the future), as opposed to teachers who just show you the Way, e.g. through meditation, like Buddhism. Satanists always take over sacred symbols, as the Church did by putting their Churches on Sacred Pagan sites.  The only 'way' Eminem knows is the way to hell!  Similar to Crucifixion.] This is the indwelling or overshadowing divinity in each of us, the basic spiritual self which we can all draw upon, Eheiehn. means literally I AM, and this centre represents the I AM consciousness within.
The circle - SUN and SUN SIGN: The sun was worshipped as a personified, life-giving deity in Babylonian, Egyptian, Greek, Roman, and other major civilizations of history. The more common symbol is the familiar face in the center of the sun's rays. A dot or point in the center of a circle symbolizes the blending of male and female forces.

CIRCLE with a DOT (BINDU) in the center: In the complex symbolic system of Hinduism and Buddhism, the  bindu (dot) represents the male force. Together, the circle and the bindu symbolize the merging of male and female forces.
The number "11" - Ishumi Na Nye- 'It is ten and one'. A very evil number; the number of demons and all manner of evil. The ancient Bantu considered it as so evil that it was never mentioned aloud; when they had to indicate this number they spoke instead of 'the second ten'. A father often sent the eleventh child with its mother away from him, for the child to be reared elsewhere. 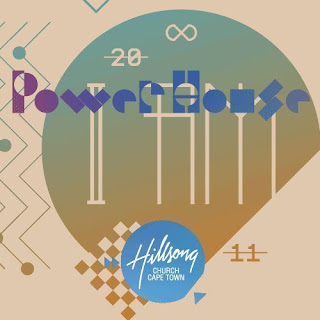 Here are references to back up what I am trying to illuminate here:
Here we have Freemason symbols and as you can see the check board is one of them: Here is a Freemason building with the masonic check board flooring: 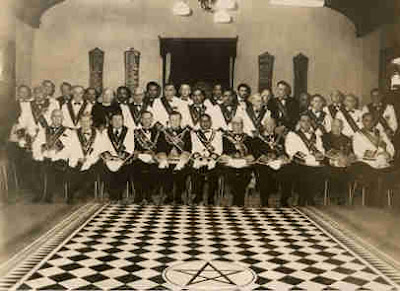 The 2011, yes stands for the year but, notice how it is not together as "2011" but rather as an individual "20" "11" . The symbology of the "11" stands for demons and all manner of evil, as well as for the pillars in Freemasonry eg. once  again there is the masonic Freemason check board floor.

SUN and SUN SIGN: The sun was worshipped as a personified, life-giving deity in Babylonian, Egyptian, Greek, Roman, and other major civilizations of history. Today's more common symbol is the familiar face in the center of the sun's rays. This is explained in Teletubbies. A dot or point in the center of a circle symbolizes the blending of male and female forces. Hindus call the midpoint in a circle the bindu - the spark of (masculine) life within the cosmic womb.

INFINITY (also eternity): In ancient India and Tibet, it represented perfection, dualism, and unity between male and female. In the occult tarot it's linked to magic and represents equilibrium or the balance of various forces. The uroborus (a circular serpent biting its tail -- a UN symbol for "Human Settlements") has been found in this shape. In modern times, it became a secular mathematical symbol for infinity in numbers, time or space.

Ritual Circle  Has different meanings to different groups. Protection from evil, symbolic of life cycles or completeness. Nine feet across with a smaller one inside and perhaps a pentagram drawn inside. Another occult symbol is that the triangle refers to the ‘Thaumaturgic Triangle’ used in ceremonial magic to summon a demon into a ritual circle and is also the symbol seen on persecuted Jews and gays in Nazi concentration camps. It’s most likely that the use of a Thaumaturgic triangle as a badge was done purposely as a way to cast a spell onto the ones that wore them. Such spells were documented in black magic grimoires. 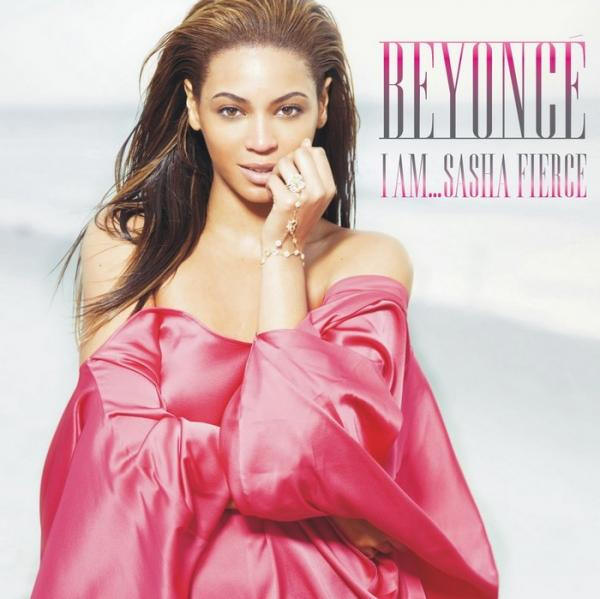 I AM - is what Satan calls himself.  I AM is the name or mantra for the crown chakra/spiritual higher self.


"I am highly pleasing to myself in the presence of other people."    ["When I was working as a consciousness consultant counselling individuals, I sold this affirmation for $50 per person and when the people who bought it wrote the affirmation on paper 20 times a day for one month, they got their money's worth."---Leonard Orr, Rebirthing in the New Age


"This is the indwelling or overshadowing divinity in each of us, the basic spiritual self which we can all draw upon, Eheiehn. means literally I AM, and this centre represents the I AM consciousness within."-
- Israel Regardi


Artists Calling Themselves 'I AM' (An Alias for Jesus) 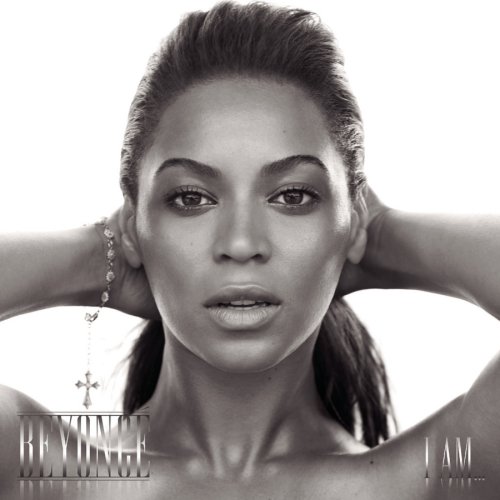 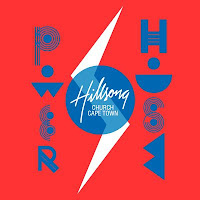 Satanic “S”  Represents a lightning bolt that means “Destroyer”.  In mythology, It  was the weapon of Zeus. Worn to have power over others. Also was worn  by the feared SS of Nazi Germany.
Lightning bolt: [LIGHTNING BOLT] Represents Satan, as found in Luke 10:18, "And he said unto them, I beheld Satan AS LIGHTNING fall from heaven." Also referred to as the "Satanic S", found on many rock albums such as KISS, Black Sabbath, and AC/DC. This symbol is unique to Satanism.

The spiral which is used in the picture above stands for the Ancient Goddess symbol of universal pattern of growth in nature.  A variation with three lines was used by some to represent the number of the beast.. 666 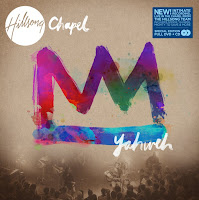 The pyramid is an ancient form based on the holyness of the number 3 to the ancient mystery religions (it, not 6, is considered the most spiritual number), and a pyramid was a structure used specifically to call up the demonic, or occult, a point of psychic activity. 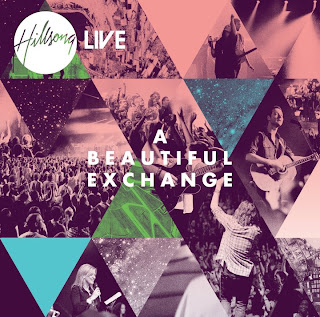 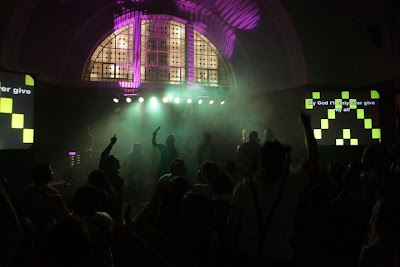 Here we have T-shirts by Hillsong 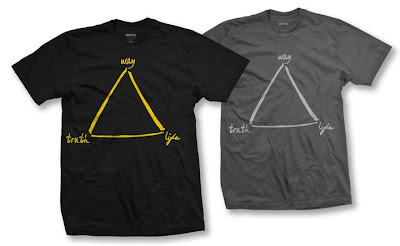 Here is the link:
http://www.facebook.com/photo.php?fbid=216804005016356&set=o.344414155159&type=1
The pyramid and the "eye of Horus" are Illuminati symbology. The pyramid is an ancient form based on the holyness of the number 3 to the ancient mystery religions (it, not 6, is considered the most spiritual number), and a pyramid was a structure used specifically to call up the demonic, or occult, a point of psychic activity. Eye of Horus Satanic/Lucifer symbol for the ever watching, all seeing
Alphabet of Kabbalah 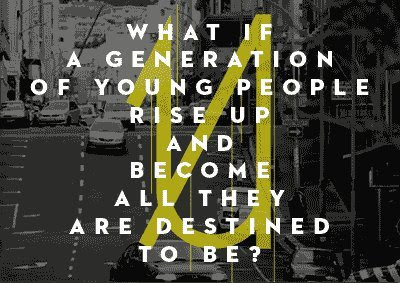 Kaballah is Satanic because it blinds people from the Truth of the Gospel of Jesus Christ (2nd Corinthians 4:4).  Romans 1:16 declares that the Gospel is the POWER OF GOD unto salvation.  The only way to become a born again Christian is through the Gospel (the good news) of Christ's death, burial, and resurrection.  It is the precious blood of Jesus Christ that saves us; NOT tradition.

Kabbalism is a system of Jewish mysticism and magic and is the foundational element in modern witchcraft. Virtually all of the great witches and sorcerers of this century were Kabbalists.
In the decades of the 70s, 80s, and 90s, the hottest spiritual trend was the New Age movement. As we move forward through the first decade of the 21st century, the latest cure-all spiritual phenomenon bought by the gullible masses seems to be the Jewish Cabala (or Kabbalah). The newfound popularity of this end-time sorcery is not by accident. Its emergence is a carefully planned Illuminati event. 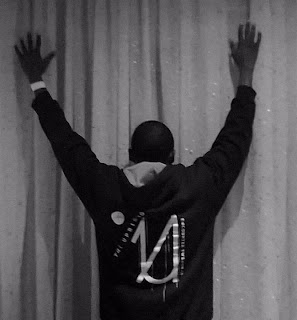